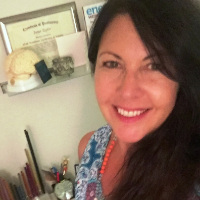 Janet trained at the College for Energetic Sciences (College of Complementary Medicine) in Melbourne, graduating as Registered Specialised Kinesiologist in 1999.

Janet started her LEAP training back in 1998 and continued to be involved with the evolution LEAP over the past 17 years, studying under & working closely with Dr Charles Krebs and esteemed instructor Jacque Mooney in Australia.

A particular area of interest to Janet has been to assist clients to release behaviours long held, often since childhood and enabling people of all ages to breakthrough these obstacles to reach their true potential in life.

In promoting LEAP, Janet has spoken on behalf of Dr Krebs at several MINDD Foundation conferences in Sydney, 2007, 2010, 2011 and at the NZ Kinesiology Association in 2008.

Janet has been a practicing Kinesiologist, LEAP Practitioner & LEAP Brain Integration instructor for 19 years. She has taken a sabbatical from clinical practice to bring her passion for LEAP, drive, experience and focus to a new role as LEAP Director reporting to Dr Charles Krebs. Her role is to help transform LEAP's presence into a global network, making it more accessible for those needing treatment and to creating a platform for LEAP Instructors and Practitioners to learn, network and be discovered in a central LEAP forum by the greater global community.

Janet is excited to help move LEAP into the next phase of its development and support Dr Krebs in his goal in developing a collaborative ‘home’ for his work and his vast supporters – the instructors and students of LEAP which will continue well in to the future.

Janet is available for Kinesiology appointments upon request.