Meet our Board of Directors

The Breakthroughs International Board of Directors understands that participating at the leadership level of a preeminent kinesiology foundation affords a unique opportunity to address challenges facing our families, our communities, and ourselves. In addition, they can shape the future for a better tomorrow through developing programming that empowers people to thrive amidst life’s challenges.

Our Board members think strategically, and serve as fiduciaries who focus on upholding donor intent as Breakthroughs International expands its outreach. 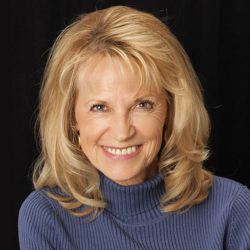 Phyllis Books, MA, DC, CCN, DACBN, has been a holistic chiropractor and nutritionist for 25 years; and as such, has incorporated Brain Gym and many kinesiology tools into her specialty of pediatric neurology. She has a Bachelor’s degree in education from Michigan State University, a Master’s degree in education and communication arts from the University of North Texas and a Doctorate of Chiropractic from Parker College. She has taught her kinesiology methods on three continents and was awarded Outstanding International Alumni by her alma mater. In 1994, she founded the Assisi Foundation, dedicated to promote self value and self responsibility for children worldwide. And in 2001, she trademarked Books Neural Therapy™, a neurological and structural therapy to improve learning and behavior. 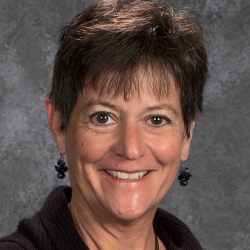 Rebecca Holthaus is currently in her 28th year as a public school educator. Her career began as a special education teacher in a self-contained classroom for seriously emotionally disturbed students. Rebecca ran a county special education program before moving into general education as an assistant principal. She has served as a building principal in both middle school and elementary school and is currently the principal at Main Preparatory Academy School in Akron, Ohio. Rebecca resides in Chagrin Falls, Ohio with her two children, Adam and Sam. 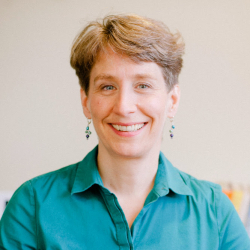 Dr. Lydia H. Knutson received her Doctor of Chiropractic degree summa cum laude from the University of Bridgeport College of Chiropractic. After graduating she trained with David Newton, D.C. in Wellesley, Massachusetts. His groundbreaking work is her greatest influence. She continues to expand this remarkably effective chiropractic technique with the combined work of two pioneers in applied brain research: Paul Dennison, Ph.D., founder and developer of Educational Kinesiology, and Charles Krebs, Ph.D., founder and developer of NeuroAcupressure and L.E.A.P. She is licensed in the states of Massachusetts, Utah and California, is a member of the American Chiropractic Association, the Massachusetts Chiropractic Society, the International College of Applied Kinesiology, the Educational Kinesiology Foundation, and the New England Kinesiology Network. She has attended many postgraduate seminars in Sacro-Occipital Technique, Activator Methods, Nutritional Response Technique, Educational Kinesiology, and the infant reflex work of Dr. Svetalana Masgutova. When she isn’t singing or treating patients she enjoys playing with her nieces and nephews, gardening and cooking. She lives with her husband in Arlington. 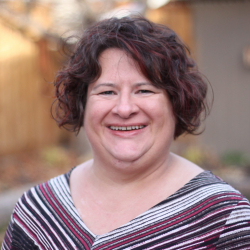 Karen MacKay originally qualified as a high school teacher and started her career in Namibia and South Africa. She moved to Canada with her family in 2008 and embarked on new adventures, spending over a decade exploring a wide variety of tools, resources and modalities while she homeschooled her kids. She has learned widely in the fields of trauma, attachment, sensory processing, brain neuroplasticity, polyvagal theory and all things related to behavior, habits, ways of thinking and our ways of being in the world. She is a Brain Gym® Consultant, Instructor and Movement Facilitator, a founder member of Brain Gym® Canada and is currently completing a qualification in Therapeutic Coaching®. She might most accurately be called a “Specialist Generalist” with a passion for languages, communication and how we can help each other become our best selves using the many amazing tools and modalities available to us today.

She lives with her husband, grown kids and three cats in Calgary, Alberta, Canada. She still has strong ties to southern Africa and visits regularly. 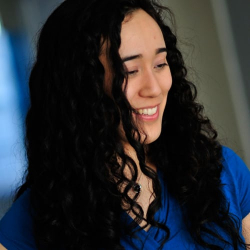 Mari is a pediatric occupational therapist dedicated to teaching children to learn to live the life they have not yet lived with the greatest ease of movement and independent function. She currently works with all ages of learners and is passionate about her profession. In addition to being an occupational therapist, she is a Licensed Brain Gym Instructor. Mari teaches other therapists and caregivers how to use the Brain Gym modality with their own children/clients. She is also a continual student, searching for and studying new treatment modalities such as the Masgutova Neurosensorimotor Reflex Integration®(MNRI) Method(currently a Core Specialist-in-Training) as well as learning from working daily with children and other professionals. 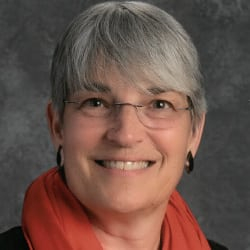 Felecia L. L. Pease first met her mentor, Beth Stoddard, in January of 2011 at a workshop Beth was presenting on Brain Gym®.  Those two hours changed her life and how she would interact with students and adults in her school.  As a successful school administrator of a school that is both a National Blue Ribbon School – 2005 and a National Title I School – 2011 in rural Maine, Brain Gym assists in helping all to do their best where the school motto is: “Where the Best Get Better.”

Certified as a licensed Brain Gym Instructor/Consultant in August of 2013, Felecia has presented at the CCSME Conference in Maine; for parent groups; at an opening workshop day for a school district; as a speaker at The Common Ground Fair and at a workshop through adult education.

Felecia is a certified elementary classroom teacher, 1980, and earned her masters in educational administration, 1987.  She has been in education for 38 years with 32 of those as an administrator.  She works with students in her school with music and invites them to use the Brain Gym learning menu. 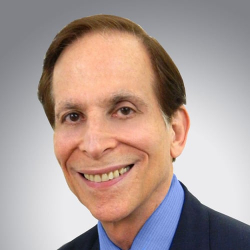 Dr. Jerry V. Teplitz’ background is as unique as the techniques and approaches he teaches. He is a graduate of Hunter College and Northwestern University School of Law. He practiced as an attorney for the Illinois Environmental Protection Agency. At that point, Jerry’s career took a dramatic change of direction. Jerry studied and received a Masters and Doctorate Degree in Holistic Health Sciences. He was on the faculty of the U.S. Chamber of Commerce Institute for Organization Management for nine years. Dr. Teplitz has been President of his consulting firm and as a professional speaker, he has spoken at over 1800 meetings and to over one million people. He conducts seminars in the areas of leadership, management, stress management, employee productivity and sales development. The list of clients Dr. Teplitz has spoken and consulted for includes such organizations as IBM, Motorola, FDIC, Federal Reserve Bank of Atlanta and Time, Inc. In addition he has spoken to Century 21, Holiday Inns, International Management Council, Young Presidents’ Organization, Associated General Contractors, GlaxoSmithKline, American Bankers Association, plus over four hundred colleges and universities across the United States and Canada. Jerry is the author of Switched-On Selling and Switched-On Networking, both Bestsellers on Amazon. Other books he has authored include Managing Your Stress In Difficult Times, Switched-On Living and Brain Gym for Business. Articles on Jerry have appeared in such publications as Successful Meetings, Prevention, INC. and OpEd News.. He has also been listed in several editions of Who’s Who in America and now hosts an internet radio show called Healthy Alternatives. Jerry is one of only 600 speakers world-wide who has earned the title of Certified Speaking Professional from the National Speakers Association. Finally, he has been selected by the PCMA as a “Best-In Class” speaker and by the CSAE as an “Association Excellence Speaker” based on the quality and impact of his presentations.