The Brain Gym® program is committed to the principle that moving with intention leads to optimal learning. Through our outstanding instructors and movement-based programs, we empower all ages to reclaim the joy of living.

We utilize an educational model to:

Paul E. Dennison, Ph.D., is a professional educator, an authority on the attainment of cognitive and academic skills, and a pioneer in the field of Educational Kinesiology. In the 1960s, he began the research into reading achievement and its relation to brain development that would eventually form the basis for the Brain Gym® program. Paul received the Phi Delta Kappa award for Outstanding Research at the University of Southern California; and was granted a Doctorate in Education for his research in beginning reading and its relationship to cognitive development and silent speech (thinking) skills. Using his discoveries of the interdependence of physical development, language acquisition, and academic achievement, he began to develop the basis of Educational Kinesiology. Eventually, Paul joined forces with Gail, an artist and movement educator, who later became his wife and collaborator.

The Dennisons gathered some of their favorite activities for learning and moving, 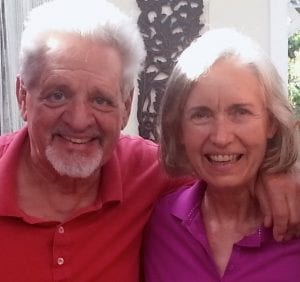 gave them playful names, and organized them according to three dimensions of movement, publishing them in a little orange book called Brain Gym: Simple Activities for Whole-Brain Learning. This series of activities is known today as the Brain Gym® movements, and are and integral part of the Brain Gym® program.

Many of the Brain Gym activities were developed from Paul’s understanding of the impact of movement and perception on fine-motor and academic skills. Others were learned during his training as a marathon runner, his work with developmental optometrists doing vision training, and his study of Jin Shin Jitsu (a form of acupressure). Dennison Laterality Repatterning and Three Dimension Repatterning are Paul’s original contributions to the field of education, while Gail contributed movements from her background in dance, natural vision training, acupressure, and Touch for Health.

Reclaim the Joy of Living with the Brain Gym® Program.

We trust in the innate intelligence of every individual. Each of us is unique, and the solution for one may not be the solution for another. Therefore, our goal is to allow the client or student to lead—developing self-trust and personal empowerment along the way. For example, a parent may want their child to improve in reading, whereas the child may want to increase playground or social skills. The child’s subsequent success on the playground has a positive impact on her confidence. This opens her up to now focus on reading…relieving stress in one area allows focus in another.

Our specialty is in the understanding of natural movement patterns and how they relate to learning and performing. We believe that addressing the whole body, what we call the “physical skills of learning and performing,” is critical to optimal living and learning. We can “learn how to learn” by stabilizing our vestibular balance, grounding our physical structures and mastering self-calming. Doing so prepares us to master the physical skills required for the mental, cognitive, and language skills necessary for higher order thinking. When the structural and physical foundations are in place, we experience less tension and stress, enhancing the flow of learning, performing, and communication.

The Brain Gym® program was authored by Paul and Gail Dennison, and initially built on the following:

Other authors/names whose work has either directly influenced the growth of the work or whose work support our theories include:

We focus on our educational model, striving to awaken others’ understanding of the interdependence of balance, movement, and learning; thereby empowering individuals to reclaim the joy of living and learning.