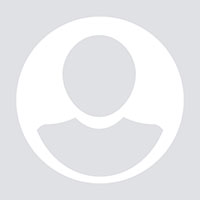 Atsuko was born in Japan and moved to Australia in 1992 after marriage. She studied Psychology at Flinders University in Adelaide. After graduation, she took up Kinesiology study after attending vision improvement workshops. She had blurred vision, muscle tightness and pain in her neck and back from Scoliosis. All of these problems were all resolved and gone through studying Kinesiology. This convinced Atsuko that Kinesiology is effective and helps people much quickly.
This took even further when I first encountered LEAP BI1 in 2005. Atsuko is interested in Brain physiology and how it works. She completed LEAP study under Charles, Jacque and Janet in Australia as well as many other Kinesiology modalities, including Applied Physiology, Simply the Brain, SIPS1, NOT1, Primitive Reflexes, Touch for Health and others.

Atsuko also has Master in Social Work and worked as a crisis social worker / counselor in Australia.

Atsuko practiced as a Kinesiology practitioner in Adelaide, Australia since 2001 and moved back to Japan in 2012. Now she is situated in Japan practicing Kinesiology to help people, specialized in learning difficulties and developmental delayed children as well as any adults with emotional / personal / physical issues, and enhancing their potentials to achieve their goals.

Atsuko also has a partnership to run Kinesiology Academy in Japan and first introduced LEAP to Japan in 2015.
Kinesiology Academy provides Kinesiology classes, including LEAP and Applied Physiology. Atsuko became an instructor and teaches LEAP BI1 and 2, Simply the Brain and Touch for Health.

Join us if you come to Japan!